The shipment of CPO processed from fresh fruit bunches (FFB) that was produced by PT Permata Putera Mandiri (PPM) in South Sorong regency and its sister company PT Putera Manunggal Perkasa (PMP) located in Maybrat regency, was inaugurated by South Sorong Regent, Samsudin Anggiluli, in a modest ceremony in the district's Karekano area.

“We fully support ANJ's operation in South Sorong. We also support the company's effort to further maximize the capacity of the (PMP) palm oil mill," said Samsudin, adding that he was proud to see and appreciative of ANJ's investment in West Papua.

In his remarks, Samsudin also pledged his commitment to find solutions for a number of long-standing social and community issues. The inaugural shipment also served to test readiness of land and river transportation routes to transport CPO from the mill operated by PMP.

“The CPO shipment is the result of the commissioning in the two estates that began from June until December of 2019, with the total amount of 4,120 tonnes. It must be transported immediately to ensure the CPO quality," said PMP General Manager, Bambang Wijanarko.

Starting from the end of Q4 2019, the mill at PMP, which has an initial production capacity of 45 MT per hour, has been producing CPO harvested from its own estate and from PT PPM.

Gritje Fonataba, Head of Government and Stakeholder Relations, said prior to the CPO shipment ANJ had properly socialized the important milestone to all relevant community members and village elders living within the operations area of PMP and PPM.

“We would like to extend our appreciation and thanks to the South Sorong Regent and his administration and all members of the communities for their support and participation to ensure the success of our inaugural CPO shipment and the trial run of our land and river transportation infrastructure," Gritje said. 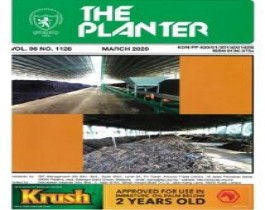 A study on waste management at ANJ, conducted in partnership with CIRAD and BARFormula, was published in the March 2020 issue of The Planter journal, a prominent monthly publication of the Incorporated Society of Planters. ANJ is proud of the recognition from the plantation community and is pleased to play a role in the dissemination of environmentally sustainable practices and innovations. 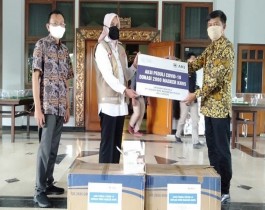 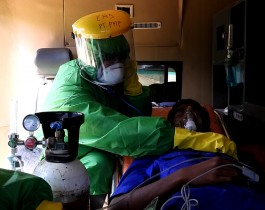