Two business units from the PT Austindo Nusantara Jaya Tbk (ANJ) group, have  won the two top places among 29 companies in the palm oil sector which received the Green 2019 honors from the Program for Ranking Corporate Performances (PROPER) that recognizes the efforts of these companies in managing the environment sustainably and beyond what the regulations required.

The two units were PT Sahabat Mewah dan Makmur (SMM) which operates in East Belitung district and PT Austindo Nusantara Jaya Agri (ANJA) that is based in Binanga, in the North Sumatra district of Padang Lawas.

“These two awards are proof of ANJ’s commitment in applying a responsible development, so that business, the community and the environment in our entire operational areas can grow and prosper together in an equitable way,” ANJ President Director Istini Tatiek Siddharta said.

“In the future, we hope that these recognitions can motivate the other business units to attain the same achievements. This is proof that we do not only comply with the regulations on environmental management but we even go beyond compliance,” she added.

Vice President Wakil Ma’ruf Amin, in his speech at the ceremony to award the PROPER awards at the Vice-Presidential Palace said on Wednesday that the more companies joined the program and the higher the compliance levels, the higher too would the positive impacts they have on the community.

“Investment in the environment is also part of the corporate reputation in the eyes of the international world. The more corporations develop green technologies, develop pro-environment innovations, the better would their performance be,” Ma’aruf said.

Environment and Forestry Minister Siti Nurbaya, speaking at the same event, said that PROPER was part of the government’s efforts to motivate business players to conduct their business activities in an ethical and responsible way, using an environmental insight.

Siti said that PROPER has also led to a contribution from the business world to the attainment of the UN Sustainable Development Goals (SDGs) reaching Rp50.32 trillion or up 30.13 percent from the previous year.

“We hope that in the future, (the private sector) can concentrate further on environmental, innovation and CSR aspects as part of corporate contributions to improve our ecosystem and environment," added Siti.

The Environment and Forestry Ministry in 2019 assessed 2,045 companies. A total of 1,708 of those companies, or 85 percent, were deemed to be fully compliant to environmental regulations. Twenty-six of them received the gold award, 174 received the green award and 1,507 were given the blue award. 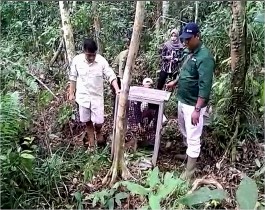 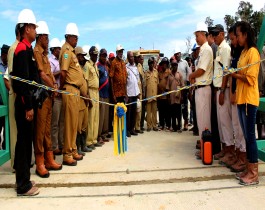 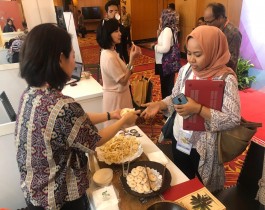